A Day in the Life of... Tom Fellowes, Claims Handler 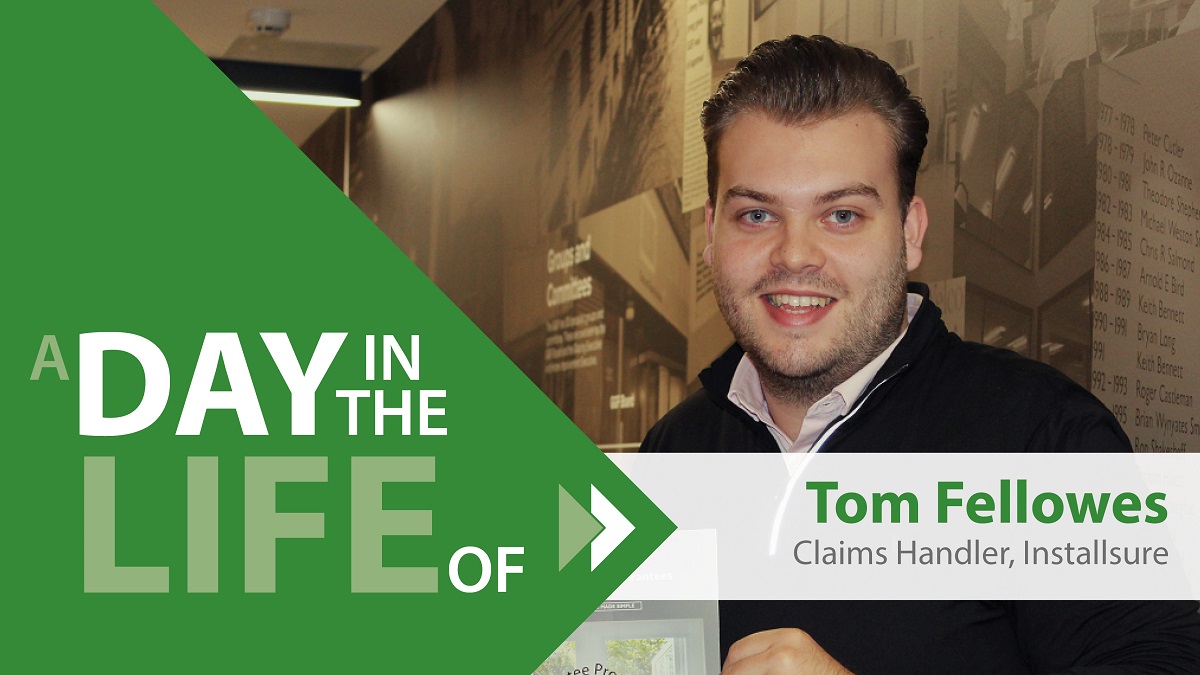 And what does that mean? Essentially, it means I am responsible with the day-to-day handling of a homeowner's claim from submission right through to decision making and settlement.

How long have you been in the role? I joined the group in February 2016, so four years and counting…

What time do you normally get up? Anywhere between 06:50 and 07:15 dependent on how many times the alarm is put on ‘snooze’!

What’s for breakfast? I’m not one for a repetitive daily routine so a choice between Weetabix, porridge or even yoghurt with the occasional cheeky pastry on a Friday morning!

Do you have a typical day? Though my day will typically involve similar processes when it comes to assessing claims documentation and scenarios, each file will describe a completely different event and therefore my thinking and actions will differ quite a bit from case to case.

What are you working on right now? Without going into too much detail we are working on a big project in the world of Installsure claims which I have no doubt is going to have a hugely positive impact on our claimants going forward.

Who do you work most closely with at the GGF Group? Largely the Installsure team but also our wider group companies when an ongoing project builds momentum!

What’s the best thing about your role? Probably that, as mentioned before, every claim is different in its own make-up. This helps ensure I steer clear of that repetitive routine I’m so keen to avoid.

And the worst? It’s never nice to let a claimant down and unfortunately this is part and parcel of the role from time to time.

What do you like about working for Installsure? Because we are such a close knit bunch the positive vibe in the office makes the day-to-day life at Installsure and the GGF Group a really fun and friendly environment.

What book are you reading at the minute? The Nowhere Men, Michael Calvin – fascinating insight into the world of football talent spotting, highly recommended for any footie enthusiasts out there!

What TV series are you watching right now? Not a great deal at the moment but Power and Peaky Blinders are personal faves. I’m still not quite over how disappointing the Game of Thrones ending was…

What was the last album you listened to? I don’t really do albums – I’m more of a podcast man, though the last album I downloaded was ‘England Footie Anthems’ in preparation for the football world cup just gone in 2018. Vindalooooooo!

What’s your guilty pleasure? If you haven’t already guessed – I’m a footie nut! Though I must admit, my love for Tottenham has wavered somewhat since the sacking of Mauricio Pochettino!  Aside from the obvious, I’m also a secret Harry Potter fan having even visited the studios on multiple occasions through the years – give it a go if you haven’t already, you won’t regret it!

What do you get up to outside of work? If I’m not at the new brilliant Tottenham Hotspur Stadium of a weekend, a local Public House or restaurant would the next best guesses - I always make time for my 2 Cavachon puppies Archie and Ava too!

Finally, and most importantly, what’s your favourite cheese? You can’t beat an extra mature Cheddar. Simple yet satisfying.

Apply to become a member

A GGF Group Company
Developed & Designed by Borough IT